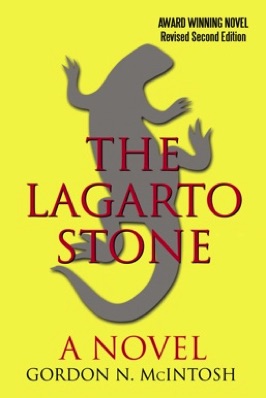 A mortally wounded Mexican stranger passes Doug Sutherland a cryptic note about a “shipment” and warns him that “your mother is in danger.” Sutherland, a young Chicago entrepreneur, tries to convince himself that the message was meant for someone else. Even if true, why should he care? His Mexican mother abandoned his father and him when he was an infant. Besides, his world is already complicated by his love life, deadlines for his real estate project, and debilitating nightmares echoing gruesome memories from his infancy, images associated with his phobias and his mother.

But then armed men invade his apartment, a Mexican smuggler threatens him, the police accuse him of drug dealing, and a DEA agent harasses him, all because of what he supposedly possesses or knows. Sucked into a maelstrom, he must overcome his life-long fears and resentment toward his mother to rescue her, save his kidnapped girlfriend, recover a priceless pre-Hispanic artifact, battle a ruthless smuggler, and survive multiple murder attempts, the last from an unexpected source.